As we move toward clinical applications using the differentiated derivatives of human pluripotent stem cells (hPSCs) for regenerative medicine, there has been a renewed focus on cell quality. Of particular concern is the genomic stability of hPSCs, which frequently acquire recurrent abnormalities in a non-random and sporadic manner. The mechanisms behind these cytogenetic changes remain unknown. Gaining a greater understanding of the mechanisms behind these cytogenetic changes and developing more sensitive detection methods may be key in improving the safety and efficacy of future therapies.

That recurrent abnormalities identified in hPSCs are also observed in human cancers raises safety concerns over using these cells for therapeutic applications. The most commonly affected chromosomes in hPSCs include 1, 8, 10, 12, 17, 18, 20, and X. Although steps can be taken to minimize the appearance of variants within an hPSC culture, current cytogenetic analysis methods cannot detect low levels of mosaicism within a culture.

Human pluripotent stem cells (hPSCs) are valuable tools for modeling human disease, as well as a source of differentiated cells for use in regenerative medicine and drug discovery. An essential prerequisite for using hPSCs in medicine is the assurance of genetic stability over long-term maintenance of hPSCs. However, hPSCs can adapt in vitro by acquiring genetic changes that render them less susceptible to differentiation and/or death. The presence of genetic changes in hPSCs coupled with their increased growth rates is reminiscent of the defining features of cancer cells, thus raising concerns about the safe use of hPSCs in clinical applications. Investigating the causes and consequences of genetic changes in hPSCs will help inform approaches to minimize their occurrence in hPSC cultures.

View this webinar presentation by Prof. Peter Andrews and Dr. Ivana Barbaric from the University of Sheffield, who discussed the causes and consequences of genetic changes in hPSCs. 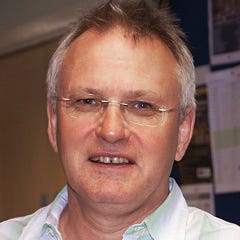 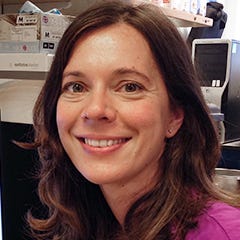 Peter Andrews obtained a BSc in Biochemistry from the University of Leeds in 1971, and a D.Phil. in Genetics from the University of Oxford in 1975. Following postdoctoral research at the Institut Pasteur in Paris and the Sloan Kettering Institute in New York, he was a research scientist on the staff of the Wistar Institute of Anatomy and Biology in Philadelphia from 1978 to 1992. At the Wistar Institute he characterized the properties of human embryonal carcinoma (EC) cells, the malignant counterparts of human embryonic stem (ES) cells, and identified surface marker antigens now extensively used for monitoring human ES cells. He demonstrated marked differences between these human cells and the equivalent cells from the laboratory mouse. In 1992 he was appointed to the Arthur Jackson Chair of Biomedical Research in the University of Sheffield, where he is currently co-director of the Centre for Stem Cell Biology. His research continues to focus on the biology of pluripotent human stem cells, and particularly their mechanisms of fate determination, as well as their susceptibility to genetic change upon long-term culture. Among his current activities he coordinates the International Stem Cell Initiative, which has worked to characterize standard markers and culture conditions for human ES cells, and directs the Pluripotent Stem Cell Platform, a translational consortium of research groups in the UK working under the UK Regenerative Medicine Platform.

Ivana Barbaric graduated in Molecular Biology from the University of Zagreb and gained her D.Phil. from the University of Oxford in 2006. She then joined Professor Peter Andrews’ group at the University of Sheffield to study the mechanisms that underlie human pluripotent stem cell (hPSC) self-renewal and differentiation. In 2013, Ivana was awarded a Wellcome Trust discipline hopping fellowship to engineer controlled microenvironments in order to understand mechanical and chemical cues influencing stem cell fate. She was appointed as a Lecturer and Principal Investigator at the Centre for Stem Cell Biology, the University of Sheffield in 2014. Her research is focused on investigating the causes and consequences of genetic changes in hPSCs, and studying how signals from the stem cells microenvironment affect their fate decisions and patterning. Her group is also developing protocols for production of differentiated cells from hPSCs for uses in regenerative medicine.

What’s the focus of your current work?
I am interested in the mechanisms that lead to genetic changes in human pluripotent stem cells (hPSCs) and the functional implications that genetic changes impart on hPSC phenotype and behaviour. Resolving this issue may have implications for the use of hPSCs in regenerative medicine and disease modeling.

What influenced you to pursue research in this field?
During my DPhil, I was analysing the genetic basis of osteoporosis using a mouse as a particularly tractable genetic system. At the time, I also used mouse embryonic stem cells as a tool to produce genetically engineered mice. In doing so, I became fascinated by these truly remarkable cells and their ability to make any cell type in the body. I then decided that, rather than using embryonic stem cells as a tool in my work, these cells would become the main focus of my future research. Hence, following the completion of my DPhil I took up a postdoctoral position with Peter Andrews at the Centre for Stem Cell Biology in Sheffield, where I am now a Lecturer and PI.

What’s the best lesson Stephen Brown, your PhD supervisor, taught you?
Science is fun! Although it can feel tough at times, if you are passionate about your work, you will find motivation and perseverance to carry it through.

What’s it like being a scientist and lecturer at the Centre for Stem Cell Biology in University of Sheffield?
The Centre for Stem Cell Biology is a fantastic place to work and undertake research. We have a great pool of researchers carrying out fundamental and applied research on human pluripotent stem cells. Our common goal is to advance hPSC-based cell therapies towards clinical translation.

What do you consider to be the most important advance(s) in stem cell research over the past 5 years, and what advances do you hope the field will achieve in the next 5 years? See More
The last five years have been exceedingly exciting, particularly the advances in genome engineering strategies and the organoid technologies. I expect the field will continue to flourish and I hope to see some encouraging results from the on-going clinical trials. I also hope that, as a field, we do not lose sight of the fact that understanding the basic biology of stem cells is pivotal for providing a solid grounding for future clinical translation.

Can you describe a role that genetic instability plays in the human stem cell development? What is your take on single-cell hPSC passaging?
Safety of hPSC-derived cellular products is the first and foremost requirement for fulfillment of hPSC clinical potential. Genome stability of hPSCs is of particular concern given the association of genetic changes and malignant phenotype in cancerous cells. In addition to mutational rates, the selection pressures that cells experience during the single-cell passaging may play a role in the appearance of genetically variant cells in cultures. Please see my webinar to find out more details.

Do you see hiPSCs having an impact in the clinical setting in the future? What technical hurdles need to be overcome in order for hiPSCs-based cellular therapies become a reality?
I do think that hiPSC have a place in the medicine of the future. Technical challenges such as efficient derivation and differentiation of hiPSCs, assurance of their genetic stability and characterization of each individual cell line produced will of course all add to the cost of personalized therapies. Indeed, the hurdles are still numerous, but given the speed of the progress to date, I think that there is every reason for optimism.

Is there a product that you have found to be particularly useful in carrying out or optimizing your experiments? Can you describe your experience?
One of my favourite STEMCELL Technologies products is ReLeSR, which I use routinely for passaging the cells. When I first started working in the field of hPSCs, we used to passage the cells using laborious ‘cut and paste’ technique, which involved picking the undifferentiated colonies under the microscope. Now ReLeSR effectively does that work! The use of ReLeSR in combination with feeder-free conditions has really cut down the time required to maintain the cells without compromising on their quality. I find that the cultures passaged with ReLeSR are consistently good and uniform, and the cells are much easier to expand.

How long has your lab been using mTeSR™1, and how has your experience with it been?
We have been using mTeSR1 for at least eight years now. The advent of mTeSR1 felt like a real game changer in my work. A combination of avoiding the feeders in cultures and using a defined medium enabled us to have a better control over our culture conditions. Consequently, this opened up avenues for exploring a plethora of questions that were previously experimentally challenging. A case in point is our study of single hPSCs by time-lapse microscopy (Barbaric et al., 2014 Stem Cell Reports), which was carried out in feeder-free conditions in mTeSR1 medium. See Less

View this webinar presentation by Prof. Kevin Eggan and Dr. Florian Merkle, who discussed genetic variations in human pluripotent stem cell (hPSC) cultures revealed by whole exome sequencing of more than 100 of the world’s hES cell lines, and the importance of maintaining high-quality hPSCs for regenerative medicine and other applications. 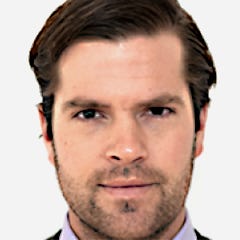 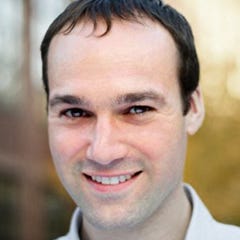 Dr. Kevin Eggan obtained his B.Sc. in Microbiology at the University of Illinois in 1996, and a Ph.D. in Biology from the Massachusetts Institute of Technology in 2003. During his Ph.D. training, he actively pursued projects focused on cloning, stem cells and reprogramming after nuclear transfer under the guidance Dr. Rudolf Jaenisch. He then conducted a collaborative study with Dr. Richard Axel, a Nobel Prize winner at the Howard Hughes Medical Institute. In 2003, Kevin moved to Harvard University as a junior fellow and then became an assistant professor of Molecular & Cellular Biology at the Stem Cell Institute in 2005. He was promoted to Professor in the Department of Stem Cell and Regenerative Biology in 2012. Kevin is also the Director of the Stem Cell Program at the Stanley Center for Psychiatric Research at the Broad Institute, a Junior Member of the Howard Hughes Medical Institute, and CSO of the New York Stem Cell Foundation. Currently, his research focuses on understanding the contribution of environmental and genetic factors in the development of disease, as well as exploring stem cells as a renewable source of motor neurons for studying mechanisms leading to neural degeneration.

Dr. Florian Merkle obtained his B.Sc. in Biology from the California Institute of Technology in 2002, and a Ph.D. at the University of California, San Francisco in 2007. During his Ph.D. training in the laboratory of Dr. Arturo Alvarez-Buylla, he determined the lineage and potential of neural stem cells in the postnatal mouse brain. Florian then joined the laboratories of Dr. Kevin Eggan and Dr. Alex Schier at Harvard University as a postdoctoral fellow, where he developed robust and efficient methods for genome engineering in human pluripotent stem cells. Since 2015, Florian has been a Principal Investigator at the University of Cambridge and an affiliate member of the Cambridge Stem Cell Institute. His laboratory at the Wellcome Trust-MRC Institute of Metabolic Science focuses on using pluripotent stem cells to model human diseases, such as obesity and narcolepsy, by investigating how environmental conditions and genetic variants contribute to disease.

Checking Your Cell Quality Doesn't Have to Be Difficult 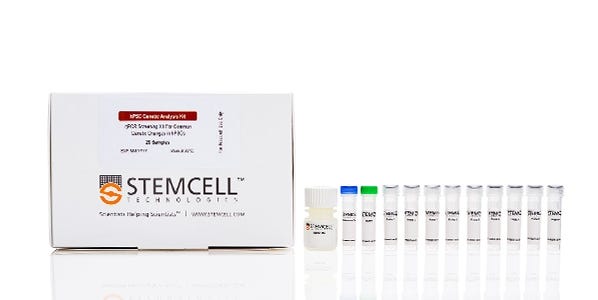 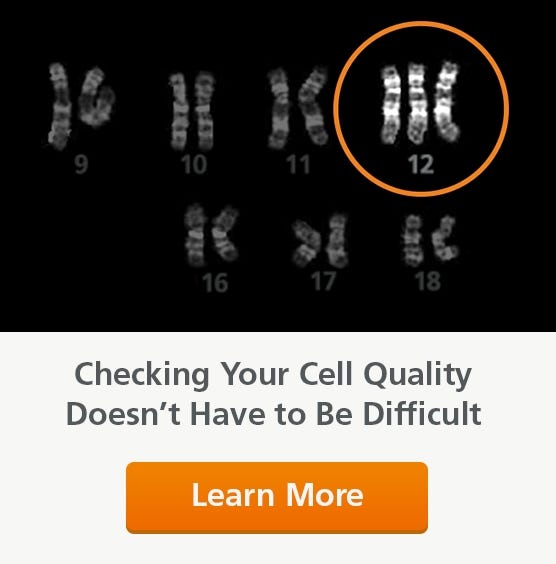